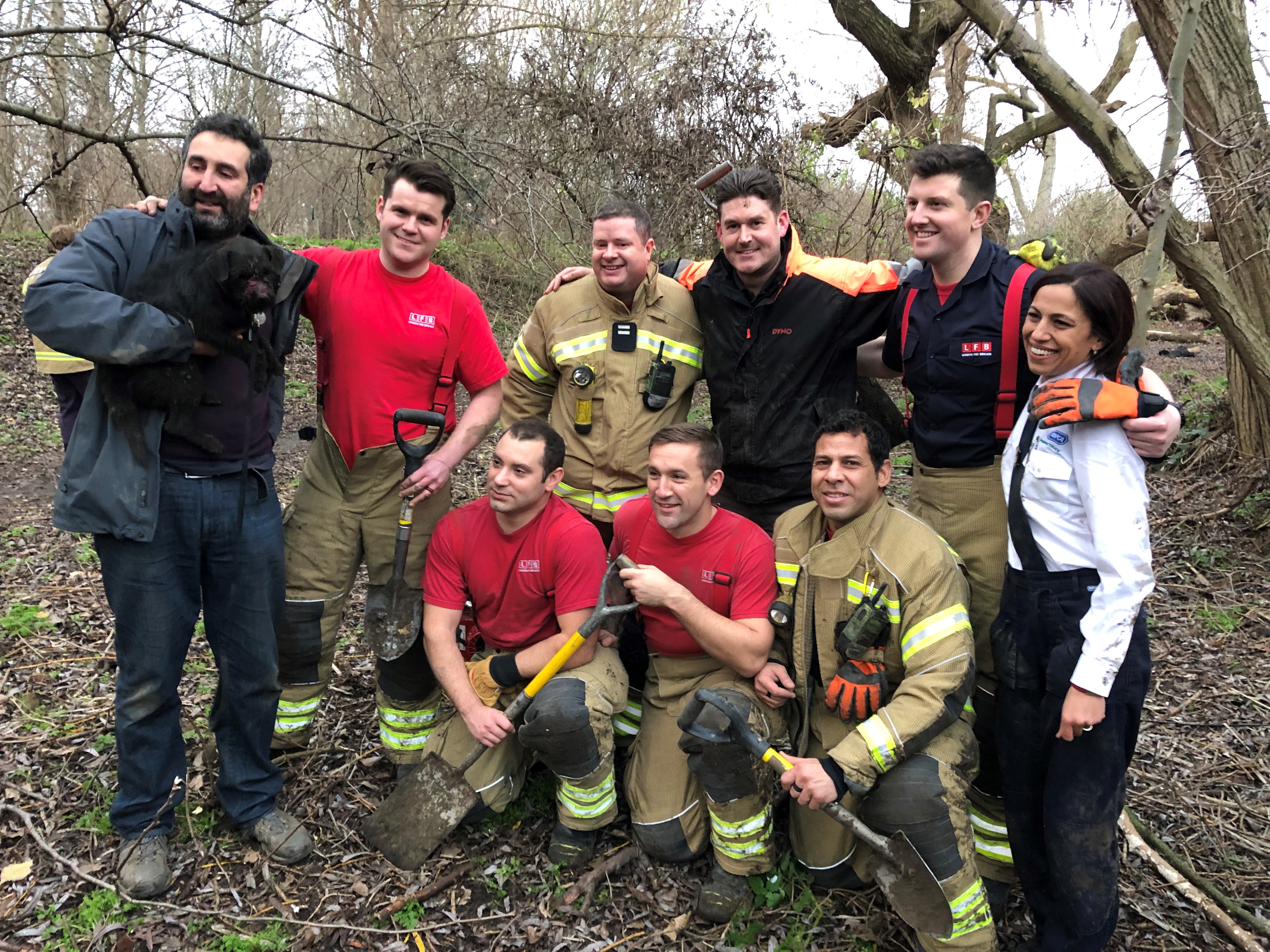 A dog, who got stuck in a fox’s den whilst exploring the area, was rescued by DYNO engineer, Jamie Gifford, who worked tirelessly to free the pet in Hackney Marshes.

Olive, a small black Patterdale terrier, was out for a walk with her owner Rob when she went adventuring down a fox hole. However, the five-year-old dog got stuck in the cavity just before 8am on Wednesday 2nd January, at Hackney Marshes, East London.

The owner realised there was a problem when he reached a mound with a fox’s den burrowed into it. Firefighters from the Bethnal Green fire station in London were called and they contacted an RSPCA animal collection officer to accompany them.

The firemen used a pole with a camera to find Olive, but were unable to see her. Due to the high risk of the den collapsing, they couldn’t dig the dog out, and after hours of trying themselves with no luck, they decided to call DYNO.

Engineer Jamie Gifford from the DYNO Drains East London franchisee, arrived at the scene around 2pm, 30 minutes after the call, and used his CCTV unit to try to find her. By then, there was a crowd of 50 people watching, intrigued to find out what was happening to Olive.

Unfortunately, Jamie couldn’t see anything either, so decided to take it upon himself to save the dog. They dug two metres down and when they could finally see something moving, then started carefully digging down further to reach the dog.

Jamie’s CCTV device was then used to locate Olive who was trapped approximately three metres down the hole. The DYNO engineer coaxed her with doggy treats before she was pulled to safety and reunited with Rob.

“I reached into the hole, grabbed the dog’s back legs, and after checking with the RSPCA that it wouldn't harm Olive, pulled her out,” Jamie said.

With a few scratches on her face, having been stuck for over eight hours, Olive was finally out of the hole at 3.45pm.

“I don’t see myself as a hero, but when real heroes such as the local fire brigade say ‘Mate you’re a hero’ it definitely makes you feel like you have done something heroic,” he concluded.

Relieved owner Rob said it had been a shock for both of them, adding: “When they were digging, Jamie covered Olive’s head so soil would not fall on her. I was so scared for her. He did a really good job.”

“She has now recovered from her ordeal after spending a day on the sofa. I can’t thank DYNO engineer Jamie enough for all his effort in rescuing Olive. I thought she was a goner.”

Find out more information about this story on The Daily Telegraph and Hackney Gazette.